Established in 2009 (as Porcupine Quill Brewing Company), the brewery forms part of 1000 Hills Chef School where Advanced Students learn the art of Craft Beer Brewing. This brings a unique approach to brewing – with flavour and food in mind.

In true craft tradition, we prefer not to follow any particular style too closely but rather experiment with our own styles. Most of our beers follow a pale ale style. This particular style covers a range of flavours and appearances and suits how we brew our beers.

Beers are generally rated according to colour (SRM) and a measure of alcohol (ABV). Another key factor is flavour or bitterness, but this is of course quite subjective and varies significantly by adding different hops during the brewing process. What you are tasting are the oils from the female flower of the hop vine, which provide bitterness, aroma and taste, depending on when they are put in the kettle in the brewing process.

SRM – Standard Reference Method for colour of the beer and equates to the Lovibond Scale, where lighter beers score low on the scale from 1, and dark beers or stouts score in the 35-40 range

ABV – this is the standard measure for how much alcohol is in the beer and is expressed as a percentage of total volume. 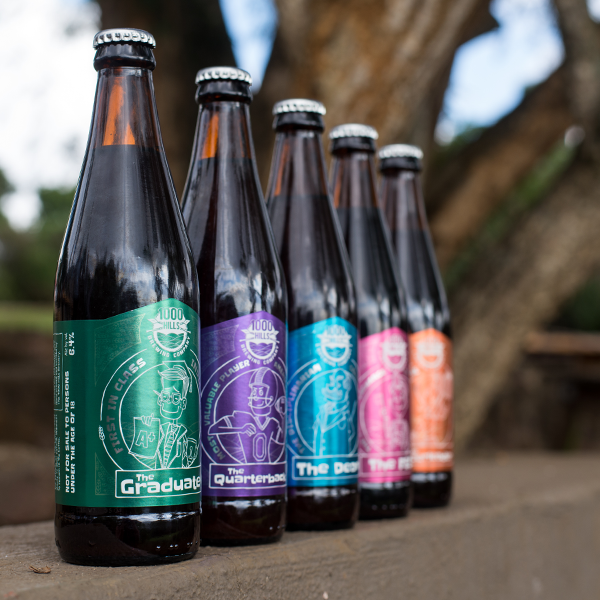 When pairing food with beer, the possibilities are endless. One can match or contrast flavours when pairing food. Spicy foods work well with hoppy/bitter beers. Rich savoury foods such as roasts or braais work well with malty or smoky beers. Desserts can be paired with sweet or bitter beers, with high carbonation beers providing the acidity to cut through the sweetness.

We’ve made some suggestions!