5 Tips for storing beer to keep it fresh

Summer, autumn, winter, spring – no matter the season, there’s never an unsuitable time to enjoy a refreshing craft beer. While it’s always great getting out and sharing a beer with the boys (or girls) at The Deli, there’s nothing better than cracking open a cold one at home after a long day. Luckily, you can find our craft beers at a selection of local stockists. But, craft or not, are you storing beer at home correctly? No one wants to take that first sip only to swirl a beer that’s gone funky around their mouth. Disgusting – and a complete letdown. Now, while beer doesn’t have as long of a shelf life as an expensive bottle of Merlot, you can still buy your favourite brew in bulk to keep you going for a while. If you follow our five top tips for storing beer like a pro, you’ll never have to worry about sipping a bad brew again. 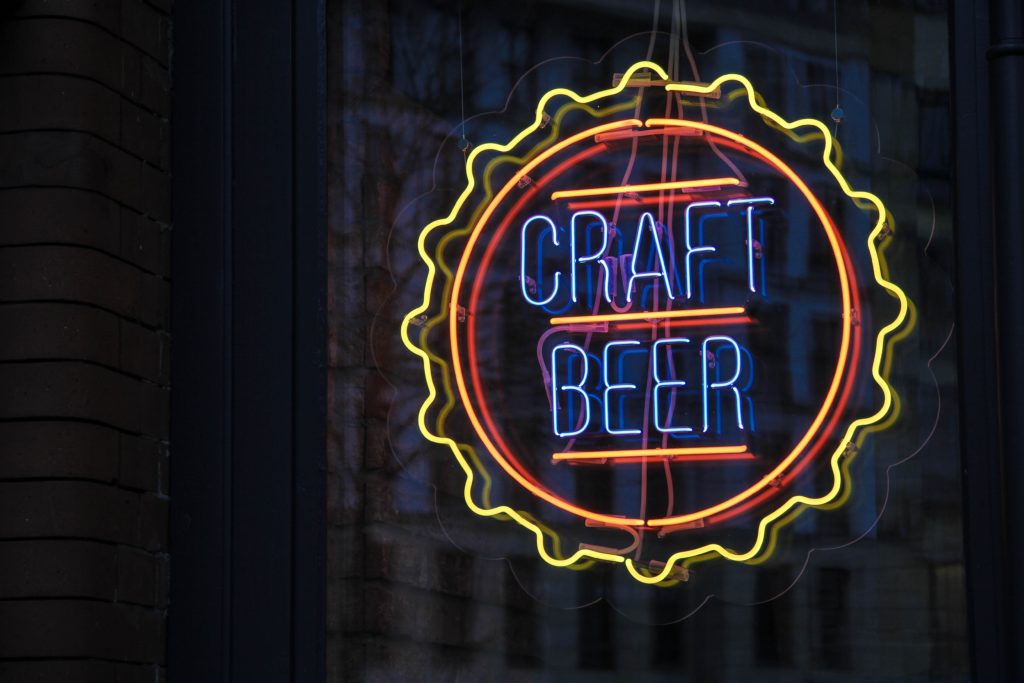 If you’re new to the beer game, we’ll forgive you for thinking all brews are the same. Just this once. But for the rest of you seasoned craft beer connoisseurs, you know how many different types of beer there are out there. From commercial beer to craft beer and the range of styles and brewing methods, the variety is endless. This variety plays a role in the shelf life of your brew, and whether you can leave it to mature before drinking. However, when it comes to storing beer, there are a few indicators you can look out for which will give you an idea of when it’s time to crack that cold one open.

ABV: Beers with a high volume of alcohol usually last longer in storage than others. If the percentage is higher than 8, you can probably let that beer stew a while.

Style: Beers centred around hops, such as IPA’s and American ales tend to age quicker than other types of beer, even when they have a high ABV. These beers get most of their distinctive flavour from their hop aromatics, which fades over time if not consumed fresh.

Bottle conditioning: At 1000 Hills Brewery, we use traditional bottle conditioning in the production of our craft beers. By adding the live yeast inside the bottle, we’re not only carbonating the brew, but also allowing for longevity and beneficial conditioning similar to that of red wine.

Storing beer requires a little more thought than chucking a few bottles in the nearest fridge. Believe it or not, there’s a correct way to store your brews to ensure they remain fresh. That way is standing the bottles upright, not on their side. There are two reasons for this. First of all, you don’t want a large surface area of the beer in contact with the air trapped in the bottle. The more oxidation that happens, the quicker your beer will break down. Secondly, you want the yeast to settle at the bottom, which won’t happen if your beer is on its side. 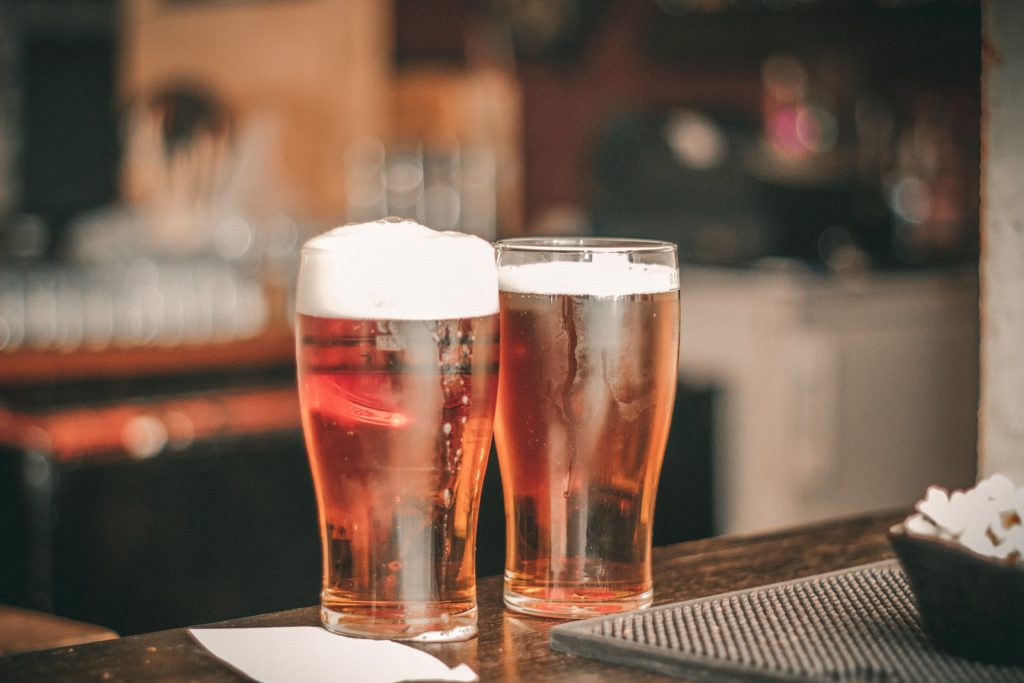 Light is not your friend when it comes to storing beer. Like those of us with fair complexions, hops are sensitive to light. The ultra-violet rays in sunlight (and even fluorescent lights) cause a chemical reaction when they come into contact with the compounds in your beer’s hops. This reaction, known as skunking, causes the compounds to break down and reform in a different structure with an unpleasant taste and aroma. No one wants that! Always choose a dark location to store your beer, if you aren’t putting it straight in the fridge. Save the sunshine for tanning and drinking beer, but don’t forget your sunscreen.

The dark isn’t the only factor contributing to a fresh brew at the end of the day. You also want to ensure you’ve placed your beers in a cool area. There’s no point finding a dark room if the temperature’s the equivalent of a sauna. The heat will only break down your brew, spoiling the taste. If there’s no space in the fridge, a cool, dark room is your best bet. Also, avoid freezing your beer. This denatures the proteins, changing both the taste and texture – damage that even thawing won’t reverse. 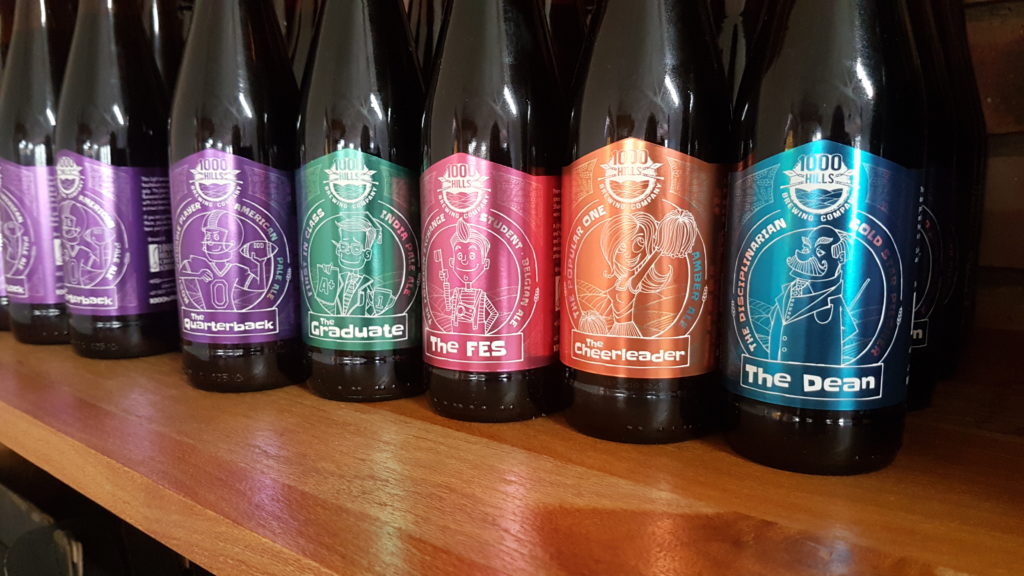 Once you’ve popped the top off your wettie, there’s no saving that delicious liquid for later if you don’t finish. (Who doesn’t finish beer?) As soon as the cap is off, the carbonation begins to evaporate, resulting in flat beer if left out too long. Really, don’t even bother storing beer after you’ve opened it. Instead, use it in the kitchen – your unfinished brew needn’t go to waste. (Read our blog about cooking with beer for some creative ideas to use every last drop.)

Now that you’ve read our tips on storing beer, it’s time to stock your home bar. After all, everyone needs a cold brew for special occasions – you know, like Wednesday. Go check out our list of local retailers to find out where you can buy our craft beers.